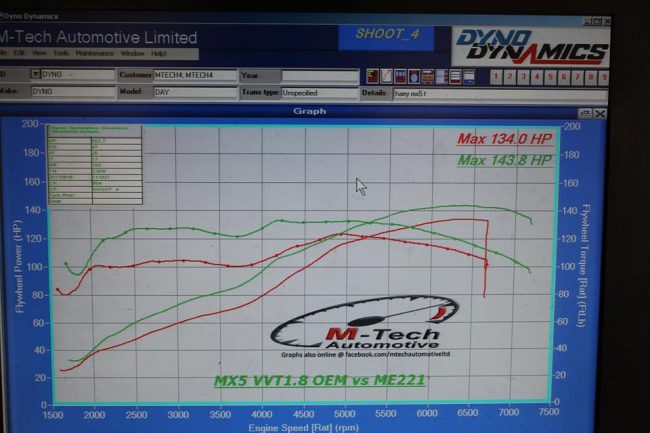 The VVT swap is a common upgrade for the early Mk1 and Mk2 MX-5s. Allowing you to take advantage of the later 2001-2005 1.8 NBFL VVT Engine, which boasts well for an NA power gain (not so for turbocharging, due to weaker rods when crossing the 230/ft/lbs reported limit). But if a cheap, decent NA gain is your goal, then the 1.8 VVT swap is a sure step in the right direction.

The mechanical engine change is the easy part (the gearbox, starter, mounts etc can all be retained), the stumbling point will always be engine management - should you swap the entire car loom so you can use the VVT ECU? The immobiliser? the smart charge alternator? Or should you keep the stock 1.6/1.8 ECU and somehow retrofit a CAS unit to the engine, as well as lose the VVT benefit? Luckily, there's an easy way to do it, thanks to the ME221 ECU.

Simply install the ME221 that suits your car loom and engine size (normally it would be the 2 plug 8995 unit for the early cars) then a simple mod here and there, a wire run there, and you will retain full VVT control and allow the use of the stock sensors on the newer engine.

The following guide is also in the 8995 Hardware Install guide, but we thought it best to detail it here as a standalone article as well. Enjoy!

If you are planning to install an NB or NB2 engine into the NAs engine bay, and keeping the NA wiring (and the 8995 ECU), there are a couple of mods you will need to do - the 8995 ECU fully supports the NB and VVT control on the engin.

In the Engine bay: 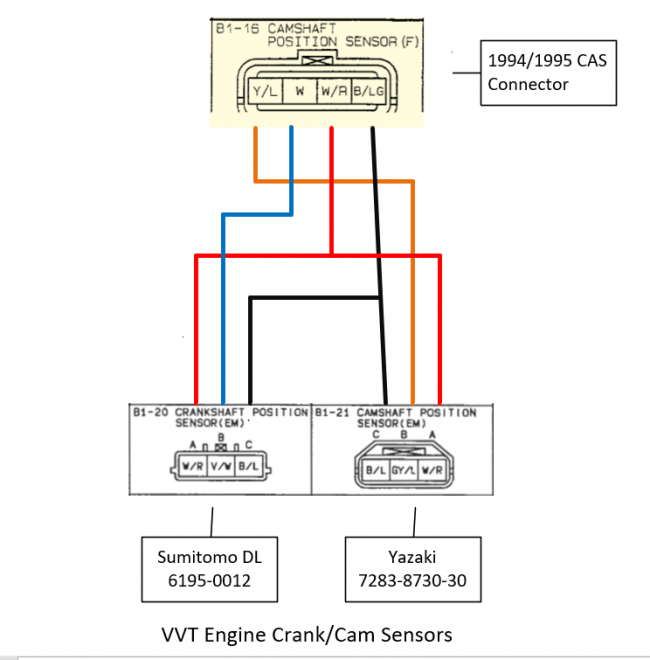 NOTE THAT GEN2 ECUS WITH REVISION NUMBER R1.4 AND ABOVE DO NOT NEED ANY MODIFICATIONS.

The ECU requires its pull-up resistors removed, and different ones added externally to support the newer OEM Cam & Crank sensors:

If you want to tackle this yourself, follow the below, but, if you prefer to have us carry out the mod directly on the ECU, we offer this service. Get in touch.

Now ensure you change the settings in the MEITE for the Crank/Cam in the System>Engine Driver to MX-5 NB, and cycle the power. You should then get a steady RPM when cranking, you may need to change your trigger offset angle to approx 642 (or just load "Tuning Data Only" from an NBFL base-map onto your ECU).

To really get the benefits from the new VVT engine, its best to get it working. Supply a 12V ignition switched feed to the VVT solenoids 2 pin plug on one pin, and the other pin, run to the MAC LS2 connection on the ECU. Then, in the IO settings, set MAC LS2 to 'VVT', and your done 🙂 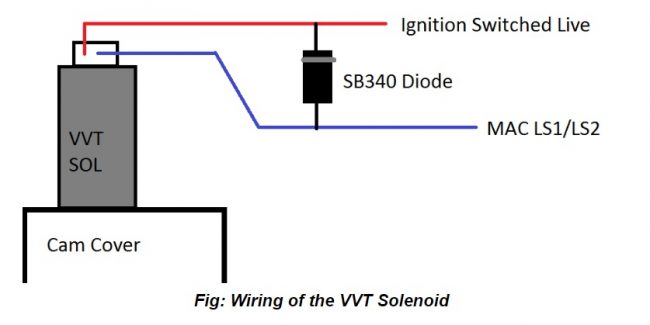